ILP Vice President Education, recognised as one of the 100 most influential women in engineering 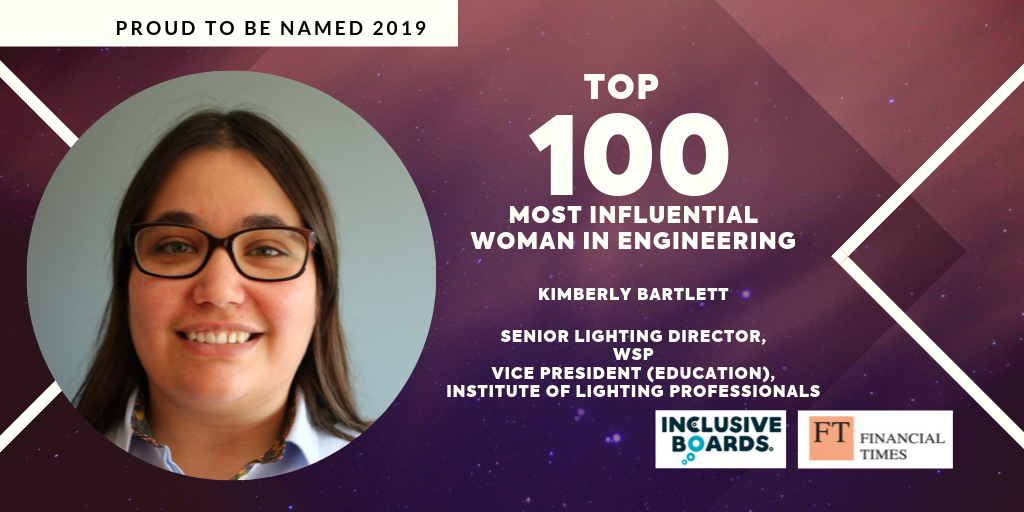 Kimberly Bartlett AMILP EngTech, Vice President Education for the Institution of Lighting Professionals has been announced as one of the top 100 Most Influential Women in the Engineering Sector. The list has been released as part of the Financial Times & Inclusive Boards: Women in Engineering Leadership Conference. The event includes extensive research into engineering in the UK as well as the results of their diversity survey of the UK’s top 500 engineering firms by revenue.

Development Director Elizabeth Oni-Iyiola said: “Engineers have an impact on almost every area of our day to day lives. Kimberly and those featured today are role models who inspire those around them and demonstrate leadership and influence in the work that they do.”

Patrick Clarke, Director of Network Operations at UK Power Networks and judge for the list said: “I am personally inspired but not at all surprised by the tremendous talent on the Women in Engineering list. Sadly there are still plenty of people who will be surprised due to a mind-set which say Engineering equals males not females. I took part as a judge because I wanted to be inspired.”

ILP CEO, Tracey White, said: “We are delighted to congratulate Kimberly on being recognised in this way. As a professional engineering institution, we agree that promoting great role models and their important work helps the profession and society move towards a brighter future.”